Podcast That Inspired Me

You are here: Home / Culture / Podcast That Inspired Me


Even though I’m no longer in the corporate world, as a small business owner I still find huge value in the lessons I’ve learned- and continue to learn- from large successful companies. This podcast intrigued me since it’s basically how the top figureheads at the biggest Silicon Valley behemoths were coached by mentor Bill Campbell toward reaching goals within their teams. Oh and btw, he is referred to the “Trillion Dollar Coach” because the companies he influenced are now worth more than a TRILLION dollars (think Google, Apple, Intuit, etc.) Nbd right. I would highly recommend it to anyone in the business world who wants to understand and implement the psychology of #winning!

I have also recommended Tim Ferriss’ book “The 4-hour Workweek” and this interview is from his podcast which is full of other interesting topics.

Let us know if you liked the post. That’s the only way we can improve.

Why I Love This

More info: Eric Schmidt (@ericschmidt) is Technical Advisor and Board Member to Alphabet Inc., where he advises its leaders on technology, business and policy issues. Eric joined Google in 2001 and helped grow the company from a Silicon Valley startup to a global leader in technology. He served as Google’s Chief Executive Officer from 2001-2011, and Executive Chairman 2011-2018, alongside founders Sergey Brin and Larry Page.

Let us know if you liked the post. That’s the only way we can improve. 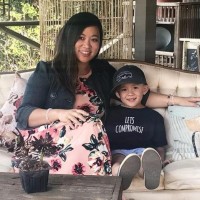